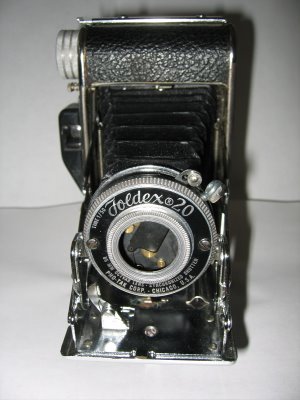 Here's the lastest project - strictly to fund my film habit! :o) It's a Fodex 20 folder that uses 120 film (and 620 film too, if you happen to have some lying around!). This camera will do both- the winder spools have slots for either type. Not that you'll have 620 film, but it is historically curious. The camera came with a metal 620 spool still in it, suggesting it's been a while since this camera put light to film.

Surgery was as follows: the simple meniscus lens (think thick contact lens) was removed, a 0.39mm pinhole installed, and a threaded socket mounted for using a cable release. Simple! The test roll showed that everything is working as planned. I'd keep it, but I'm going to build my own 6x12 or 6x18 soon anyway. This one was strictly for resale - but I was tempted to keep it after seeing those sharp, BIG negs! 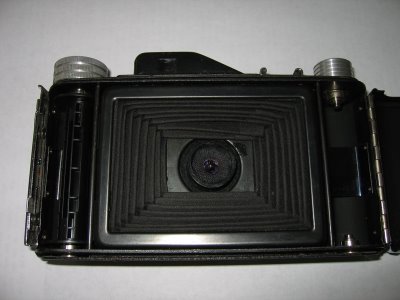 Here you can see the pinhole mounted where the lens was, and the surrounding metal blacked out with tape and magic marker. 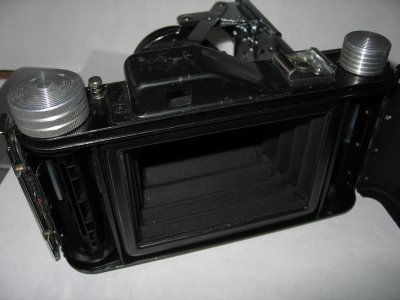 The bellows are in great shape! 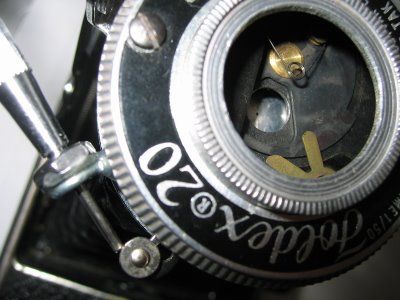 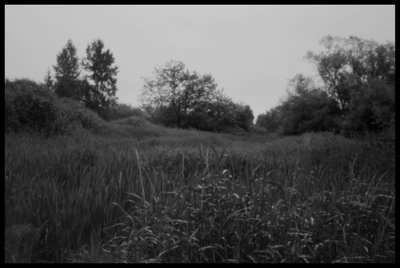 For the test roll I took the camera down to a wetland near my house. It was a bit breezy, so some of the blur is from the wind (especially the closeup below). All systems are go! 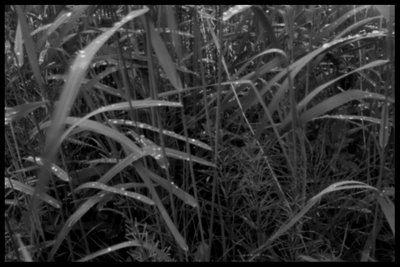 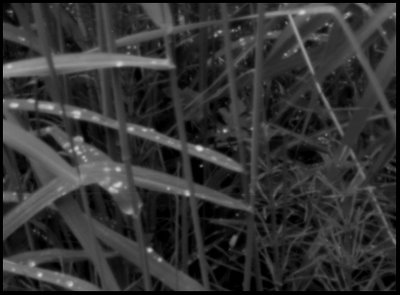 Here's a detail of the previous image enlarged to show the sharpness of the image. I wonder if the pinhole would have outperformed the original crappy lens?

If you are interested in bidding on this camera click on the "Buy a pinhole on Ebay" link in the sidebar to see a list of my current auctions.
Posted by Dennis Venema at 3:01 PM

Your are Excellent. And so is your site! Keep up the good work. Bookmarked.
»

I really enjoyed looking at your site, I found it very helpful indeed, keep up the good work.
»